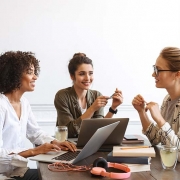 Over a million women have been victims of physical harassment or sexual blackmail in the workplace. This number represents the 8,9% of present and past working women, included the ones looking for work. In the 3 years previous to the investigation (2013-2016), more than 425.000 women have suffered from these kind of abuses (2,7%).

Speaking about sexual blackmail only, 1 million and 173 thousands women (7,5%) have faced some form of sexual blackmail to obtain or maintain a job, or to get a promotion. In the last three years, this number seems to have decreased slightly: 167.000 women (1,1%) reported this abuse.

32,4% of sexual blackmail episodes are reiterated daily or several times a week, while 17,4% happens once a week, 29,4% a couple of times a month and 19,2% more seldomly. In the last three years, the number of women that have been blackmailed daily or once a week is even higher (respectively 24,8% and 33,6%).

When a woman is victim of sexual harassment, 80,9% of cases doesn’t speak about it with anyone on the workplace.

Almost zero women denounced the abuse to the police: only 0,7% of blackmail victims (1,2% in the last three years). This number becomes even worse when we check how many of the women who went to the police actually sign a report: only 77,1%.

The most frequent reasons not to denounce are the perceived low gravity of the episode (27,4%) and lack of trust in the police or their inability to act (23,4%).

The blackmail strongly affects victims: 69,6% of women who suffered them believes they are serious or very serious, and this number increases to 72,8% in the last three years.

24,2% of women who suffered from sexual blackmail during their lives preferred not to tell how the episode ended (36,9% in the last three years). Among all victims of sexual blackmail, 33,8% voluntarily changed job or gave up on their careers, and 10,9% were fired or not hired.

The collaboration between the Female Entrepreneurship Committee and Palermo and Enna’s Chamber of Commerce’s Trusted Counselor.

Being Committee’s mission the empowerment of women in their careers, it decided to join and support Digital Observatory’s “6libera.org”, promoted by Confapi Sicilia’s President Dhebora Mirabelli.

The Committee will be in charge of promoting among employers’ associations and associated companies the Declaration of Unacceptability, to encourage businesses to become more and more ethical and take a stand in the fight against gender violence in the workplace.

We believe that silence and fear of denouncing have to be strongly fought, and at the same time we believe that businesses should create all right conditions to work safely, carefully monitoring any misconduct.

Observatory’s projects are supported by our study on the use of blockchain technology, useful to ensure anonymity and encourage reporting of abuses. Complaints collection and surveys among workers are useful to start safeguarding projects inside companies and to work as database which qualified institutions can consult to design specific strategies against this terrible phenomenon. It is necessary to make everyone understand that silence is not the answer and all abuses and conducts which undermine women’s freedom and opportunities must be reported.

The Committee, following Recommendation CEE 92/131, has promoted as well the Trusted Counselor nomination for Palermo and Enna’s Chamber of Commerce, with the adoption of an ethical code of conduct aimed at fighting violence on the workplace.

Palermo and Enna’s Chamber of Commerce is the first reality in Sicily to adopt this code of conduct and work to promote its adoption on a regional level. 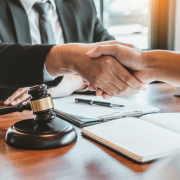 Decision of the Constitutional Court n. 1/2021

With its first sentence of 2021 [1], Consulta declared without fundament the argument about constitutional legitimacy of art. 76, subparagraph 4-ter, of 30 May 2002 D.R.P., n. 115, bearing laws and regulations in the field of Court costs, in the section where it is determined the automatic admission to state-funded legal aid for the victim of crimes specified in this same rule, referring to art. 3 and 24, subparagraph 3, of the Constitution.

In accordance to this regulation, in fact, the admission to the state-funded legal aid of the victim of provided crimes – regarding family abuse and sexual violence – is determined automatically without any discretional evaluation regarding income, which are mandatory for other crimes.

In the present case, the person victim of the crime (“sexual violence”) had asked for the state-funded legal aid without sharing her income threshold. With sentences n. 13497/2017 and n.2822/2018, Court of Cassation accorded the injured party’s right to benefit from state-funded legal aid, without income limitations, because the aim is to ensure victims of the specified offenses an access to justice fostered by the gratuity of legal aid.

The issued posed to the Consulta’s attention regard the norm compatibility with Constitution’s art.3 for assumed disparity of treatment consequent to denying to the Judge the evaluation of the applicant’s financial conditions; and with art.24, to prevent indiscriminate admission and an unjustified extention of this entitlement to undeserving people, with a possible negative effect on limiting public spending on justice.

The rejection of both arguments raised by the Constitutional Court, since neither the principle of reasonabless nor the principle of equal treatment have been violated, is a clear sign that the legislator’s goal to create a more effective support system for women and children victims of abuse, encouraging the reporting of such episodes, has a precise intention to bring visibility to violence and fight it, also by changing social context and stigma.

Sexual and domestic violence’s victims’ extreme vulnerability, together with the need to ensure maximum emergence of those crimes, legitimize the decision, which is neither irrational nor contrary to the principle of equal treatment.
Thinking about previous similar choices made by the legislator regarding state-funded legal aid, it was specified that this benefit does not presume that victims are in a condition of scarce income, but is instead linked to their proved vulnerability.

This decision’s relevance goes beyond the procedural field, since it shouldn’t be excluded the possibility that State-funded legal aid could fulfil other purposes to guarantee equality, like for example supporting vulnerable people in their access to justice (art.3 Constitution). Identifying the fragility of specific crimes’ victims as the reason to derogate from the general rule of income limitations is a clear indicator of the legislator’s intention to support such victims, also to counter the fear of denouncing and the difficulty to bring visibility to those abuses.

Now it is open the evaluation of other situations of equal vulnerability, to ensure that legal aid can be accessed by everyone in a situation comparable to the one described in art.76, subparagraph 4-ter. Deserving of further examination is, for example, the case of gender discrimination, in particular in the workplace. The Code of Equal Opportunities offer a clear picture of direct and indirect gender discrimination and harassment, also sexual, in the workplace, and provides legal remedies to prosecute discriminatory acts.

The responsible body for going to court on behalf of or together with the victim is the Counselor for Equal Opportunities’ Office. This Office, however, private since 2012 National Allocation Fund’s Finanziaria, is not equipped with the necessary resources to pursue this role, making legal complaints extremely difficult if not impossible.

Victim’s vulnerability is inherent not only to the gravity of the abuses, but also to the power dynamics of the workplace and the strong pressures to remain silent. The admission to the State-funded legal aid, with no income limitations, both for the victim and for the Counselor for Equal Opportunities can find its reasons in Consulta’s decisions and establish a derogation from the norm. 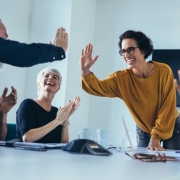 In this beginning of third decade of third millennium we’re living into, societies’ inclusive thrive in every of their aspects (economical, cultural, social and political) is based off the coexistence of two vital energies: the cooperation among different realities and their conflict.

We know everyone has the same rights and has to have the same opportunities. But this principle society are based on didn’t come up by itself, it was built carefully. The more a society is complex, the more its foundations have to be strong. Many observe in an intellectually honest way that we’re living inside these “established buildings”, we’re not responsible for their structure and we surely can’t strengthen old foundations, even if they’re weak. We raise our hands, we surrender against injustice threatens that seem to come from poor or badly applied laws, unqualified national and international governance about common goods, laissez-faire by companies, this all added results into a self-pitiful, lazy “I’m sorry, but what can I do?”

For this reason social conflicts grow in power and endanger all the cooperative connections in society. We’re forced to strengthen fundamental structures in the surrounding society, since they are what they are.

We should realise that among conflict studies, the gender ones, concerning any linked form of violence, are usually the more problematic. But this conflict is also the one more in need of attention, because, if not resolved, it may slow or stop many societies’ full freedom and their growth towards an inclusive thriving.

This theme also concerns unresolved conflicts that touches some more intimate themes, some open wounds, some obscure corners in our communities. If we can recognise them, we should also be responsible and able to work together to fill society’s cracks.

One of the most effective actions taken concerning this subject is the ILO Convention on the riddance of violence and harassment at work, implemented in June 2019 and ratified in Italy on 12th January 2021. ILO is the first international organisation that deals with international cooperation, started decades before the UN, because governments, companies and labor unions have always known that work is the democracy’s strongest weapon, and it lies in people’s hands.

Convention’s suggestions can be viewed as a simple yet complete manual, to start and fight in one of the most intense conflicts of the modern word and becoming protagonists of a clever solution. This time we can’t say that the government doesn’t allow us to take an active part, actually we all are called to do it. To make even men and women rights at work, we have to avoid splitting our shared aims, and engage into learning what causes misunderstandings and inequality, finally, we have to repair divisions and prepare new agreements and everyday practices.