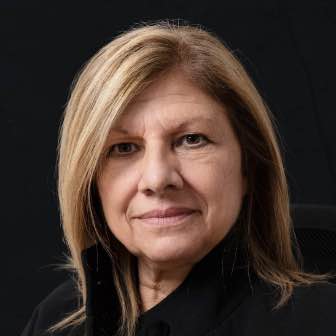 She has carried out the liberal profession for more than 40 years, since the beginning active for equal opportunities and the defence of abused women.
She has been ANF (Associazione Nazionale Forense) local and national manager, member of Council of Cagliari Lawyers’ Order, National Forensic Council and Equal Opportunities Committee Coordinator.
At the present moment she is Equality Advisor for the Metropolitan City of Cagliari, President of Confprofessioni Sardegna, Administration Advisor at Fondoprofessioni and European Desk Coordinator for Confprofessioni in Bruxelles.
Legal Advisor and expert in the field of ongoing professional education and financing opportunities through regional, national and European resources (FSE and FESR). She has attended, organized and managed local, national and European projects focusing on equal opportunities, fight against gender stereotypes and women abuse.
Susanna Pisano is Law and Community Policies Professor at the University of Cagliari. 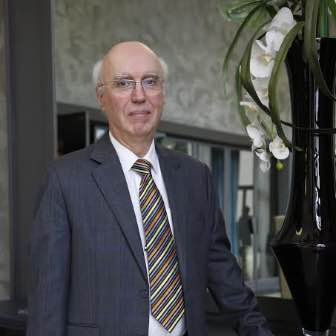 He taught classes across UK, USA, Messico, Argentina, China and Italy. Ex General Director at UNICRI (2007-10), Calvani worked for 35 years as UN and Caritas high-ranking official and Head of Mission in 135 Countries and 5 continents. He has been visiting scientist at Colorado State University and Harvard University; he published 27 books, 29 multi-author books and more than 750 articles on generativity, sustainable development, human rights and conflicts reduction.
(www.sandrocalvani.it en.wikipedia.org/wiki/sandro_calvani) 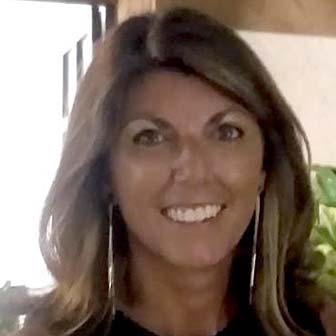 Third-generation entrepreneur in the family’s construction business, Angela graduated in Management Engineering, Business Administration and Project Management from several prestigious and international universities. Since a young age she has been active in the world of associations and promotion of female corporate culture.
Enrolled since 2000 in Ance Palermo’s Young Entrepreneurs Club, she has been elected President in 2004 and remained in office for two terms. She was part of Ance Palermo Board of Directors in 2013, and of CPT-Panormedil Administrative Board in 2016. From 2016 to July 2019 she fulfilled the role of treasurer at Ance Palermo. Since 2016 she is part of Palermo and Enna’s Chamber of Commerce’s Council, and since 2017 also part of the junta.
In October 2019 she obtained the role of Ance Palermo vice-president, which she currently keeps, and the 6 November 2019 she has been elected President of the Female Entrepreneurship Committee at Palermo and Enna’s Chamber. In February 2020 she has been accepted inside prestigious Marisa Bellisario Foundation, particularly active in the promotion and support of female autonomous work and managerial careers. 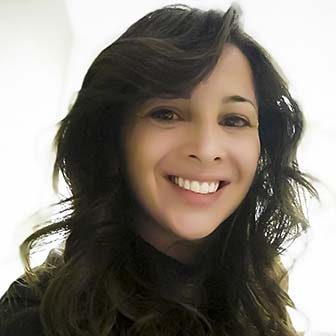 Dhebora Mirabelli is a lawyer specialized in administrative law and human rights protection. Expert in the field of equal opportunities, social business and corporate social responsibility, for more than 10 years she has been a consultant and technical advisor for several public administration bodies, working for the programming and execution of European non-discrimination and sustainable development policies.
As part of her engagement for the Presidency of the Council of Minister, Department of Equal Opportunities, she followed, promoted and coordinated several projects against violence and harassment on women, like for example the interdisciplinary course designed in cooperation with National Forensic Council “Uomini che uccidono le donne” and targeted at lawyers, judges and policemen.
During her many years in the PA, she actively took part in the writing process of national strategic programs aimed at vulnerable social classes and their inclusion, at the monitoring and evaluation of Italian public policies’ impact, at expenses and procedural control and sharing of successful experiences at important European networks (High Level Group on gender mainstreaming in Bruxelles, GenderCop in Sweden, ASVI Social Change in Rome, and many others).
Together with her three sisters (Manuela, Pamela and Consuelo) she is partner of several successful female businesses in floriculture and construction sectors.
At the moment she is the only female President in a local Category Association, among the 78 that are part of Confapi, and she is the first female Trusted Counselor elected in Sicily’s Chamber of Commerce. 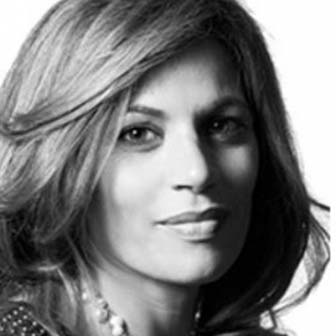 Andrea Catizone is a jurist and lawyer specialized in family law and personal and minors rights. She studied in depth human rights and minorities, focusing in particular on women and children. She obtained a PhD at Alma Mater Studiorum in Bologna.
She founded and directed the Family Observatory; she is member of Media and Minors Committee from the Ministry of Economic Development, of the Scientific Committee Family Smile together with Professor Giuseppe Zambito, and cooperates with l’Università della Sapienza with the role of scholar and expert.
Guest lecturer, national supervisor of Ali’s Equal Opportunities Department and vice-president of Consumer Centre Italy, Andrea is also commentator for several TV and radio programs, and editorialist for national newspapers.
She is President of Family Smile. 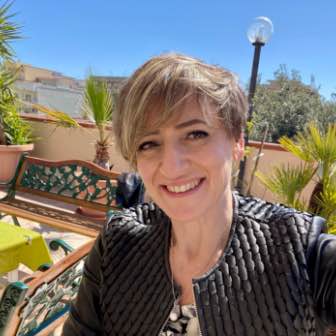 Lawyer, labor attorney and expert in anti-discriminatory law and equal opportunities, Stella Ciarletta has been Regional Counselor for Equality in Calabria from 2006 to 2016.
At the present moment she is Trusted Counselor at Padova and Cosenza Universities, and at Lazio Region Department.
She cooperates with UNAR (National Bureau against Racial Discrimination of the Prime Minister’s Office) as legal expert. Among her works, she is editor of the volume “Anti-discriminatory law and equal opportunities in public and private work environments”, an important testimony of her experience and years as Regional Counselor for Equality in Calabria.

Sustainability Ambassador and Marketing Director at Gruppo Irritec in Capo d’Orlando, Messina. Giulia was born in Sicily in 1974 and grew up strongly believing in the value of environmental and social sustainability; she still holds these values and she embedded them in her daily work at Irritec. Irritec is a company with an important mission: building a sustainable agricultural model through state-of-the-art watering systems, designed for production increase and improvement and at the same time reducing resource consumption. Water scarcity and the increasing food demand require globally the use of drip irrigation systems, of which Irritec is the major reference point.
She has been awarded DonnAttiva 2020 for “her capacity to combine work ethics and strong family traditions together with technological innovation, as driver for the development of territory and social wellness”.
Among all prestigious prizes, she has been awarded as SDG Pioneer Italy 2020 from Global Compact Network Italy, in occasion of Pentapolis Onlus VII Forum “Rapporto Eco-Media”. The contest is part of a wider global campaign to raise awareness among economic stakeholders on the urgency of a concrete commitment on a local level to reach ONU’s goals for the 2030 Agenda.
Giulia Giuffrè strongly believes that equal opportunities should be an essential part of her business model and mission, stating that “we are committed every day to improve the lives of all women that take part in the game, also in rural areas and developing countries like Africa, where women represent 60% of agricultural workers. A simple watering system can make a great difference, freeing them from the need to cover long distances carrying water”.
She is member of the Confafrica’s Technical Committee, with a delegation for watering, and member of the Committee of the faculty of Business Management at Lumsa University, Palermo.
She is at the present moment also member of Confapi Sicilia Board of Directors, with a delegation for equal opportunities.

After a classical education she graduated in Medicine with a specialization first in General, Clinical and Laboratory Hematology and then in Occupational Medicine at Messina University. Today she is associated in this field at Biomedical, Dental and Morphological and Functional Images Science Department. She is Welfare and Gender Policies Vice-Rector as well.

At the present moment she is the first female president of an important occupational medicine scientific company, SIML, founded 90 years ago and employing almost 2000 specialists. Recently, with SIML, she promoted the signing of a protocol in cooperation with Assogenerici and Farmindustria, with the goal of ensuring the health of more than 200.000 people and 66.000 employees of pharmaceutical companies and their families. In particular, the protocol protects women.

She became well-known worldwide as main character in the battle for women’s protection, thanks to many projects and actions. She has been President of the Gender Equality Committee and Vice-President of the Guarantee Act Committee of the University of Messina; today, she is regional representative for the National Observatory on Women’s Health.

Recently, she has been guest in several TV programs, with success: she has also been invited as fixed guest in the program UnoMattina for an entire week, where she had the opportunity to disclose scientific information on the role and mansions of the occupational physician, vaccinations in the workplace, women’s protection, sanitary emergencies’ management inside the workplace and protected categories’ protection.

Specialized in the field of Human Resources, graduated in Economics and very fond of Adriano Olivetti’s story.
Among all her occupations – teacher, project manager, HR Business Partner, Management Consultant – during the global pandemic she asked herself what opportunities this situation had for her, and she came up with her new project “Stanze delle Donne”. The idea started in march 2020 as a social format and then evolved to become an editorial project with the support of Focus Consulting.
In a unique historical moment like lockdown caused by Covid-19, Giovanna D’Elia and her team gave voice to women, as professionals and often mothers as well, that shared their stories and emotions in front of the important and profound change we were all facing.
All these women, active in a variety of fields and with different experiences, listened to and supported each other, learning to live with smartworking and new social dynamics. The goal was to create a collective memory of this extended time which put everything into a new perspective, a dialogue between different generations about how a woman’s life, career and even motherhood can evolve and transform. Stanze delle Donne helped each woman to raise her unique voice, too often belittled and made invisible, to put together emotions and rationality.
The result was a series of personal essays as a testimony of a time we will never forget. Giovanna strongly believes in the power and importance of these documents, and put them together in a book able to bring new energy to other women and men, and give examples of how it is possible to create something of value during hard times.
The whole project is founded on the belief that changing is necessary to create new strategies of equality, personal identity and professional and family growth for both women and men.

Innovative Lawyer and consultant in the fields of AI, blockchain technology, intellectual property, privacy and communication, Raffaella Aghemo went from being a laywer in the Rome Forum to working in the marketing and business world for years. And this combination of different experiences has become her strength.
She is Co-founder of Iusintech, an interdisciplinary team providing consultancy and new generation legal assistance to enterprises.
She is Project Manager for a blockchain innovation in the luxury market.
She is Blockchain Ladies’ network’s member.
She’s part of the Roundtable on Tokens and Cryptoassets, working on publishing a paper on the subject, held by Italian Blockchain Association-
She is speaker on Artificial Intelligent for Stefano Montimoregi’s platform Avvocato360.
Her passion for technology and digital instruments, together with ongoing research and study on new business developments, allow her to always stay on top on the fields of her competence.
She writes legal and technical insights on Innovation Technology for several websites and digital magazines, Italians and internationals.
Excellent communication and relationship skills complete the portrait of a woman driven by passion and experience.
She also has a passion for cinema and reading, both novels and educational manuals, which she reviews online on a dedicated portal; more than 200 reviews written by her have already been published.
Here you can find her LinkedIn profile.