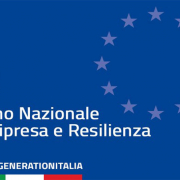 «By including in the PNRR an equality certificate – as explained by minister Bonetti – we can spread a message that puts a weight on the subject: gender equality at work doesn’t only guarantee equal rights, and therefore justice. It’s also a strategically convenient choice, because it makes room for an integrate model of growth. More gender equality means more company value, more growth, more wealth: given this, it’s fundamental to make it measurable. The lack of objective criteria is one of the causes that, up to this day, made more difficult to establish an effective equality».

With this quality certificate, company ethics move from a cultural point of view to an economic and social one.

Here are the implementation phases:

Among the obstacles to remove with the implementations suggested in the PNRR with the equality certificate we can find the possibility to put even conditions on carreer paths.

Physical abuse and sexual threats are the most widespread forms of aggression towards female workers, worsening women’s fragile condition at work.

An analysis by the Work Consultants’ Foundation, based off ISTAT’s data, states that around 1 million 173 thousands of female workers have been subjects of sexual threats (7,5%) after being hired and/or a carreer advance. 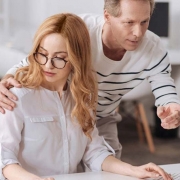 On 8th March 2021 INAIL posted an interesting pamphlet titled Understand to prevent events of harassment and violence at work.

INAIL’s Guarantee Committee’s aim is to spread knowledge about behavior that can be qualified as physical harassment or threats at work.

Regarding this, we should also remind that employers are obligated, by law n. 2087 of the Civil Code: “to ensure work conditions that guarantee workers’ physical and moral safety, and their dignity, this aim should be pursued even involving associations and unions into the creation of informative and educational initiatives, in order to prevent sexual harassment at work”.

But how can we do that?

Usually victims can’t point the origin of their discomfort, and they end up blaming themselves, isolating or even to quit their job. This way employers or coworkers, witnessers, run the risk to not be fully aware of the weight of the behaviors they saw happening, and they frame them as more or less goofy flirting.

INAIL says: “Everyone, in the work environment, shall feel free to say that they find a behavior offensive or inappropriate and expect the others to respect them. An involuntarily offensive behavior can be easily fixed without causing further problems. The aim is to create a work culture that makes everyone feel listened and respected. Sexual harassment, instead, violated human dignity and creates an intimidating, hostile, degrading or humiliating work environment.”

In detail, the vademecum describes as harassment any behavior that can be traced back to: 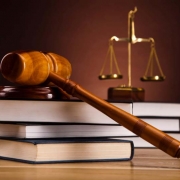 The Law n.4, 15/01/2021, was published and it involves the ratify and put into practice of the OIL Convention n. 190 (Geneva Convention) about the erasure of violence and harassment at work.

By implementing this law on 27th January 2021, Italy became the first European country to ratify the Geneva Convention, it happened as part of the 100th International Labour Organization anniversary.

An ONU study stated that 35% of the women – 818 millions in the whole world – older than 15 have been subjects of physical or sexual violence at home, in their community or at work. In Italy, this percentage is at 31,5% (ISTAT).

The new regulations imply the right to work in an environment free from violence and harassment, including the gender-based ones, as a human right, and so it’s applied to all workers.

Italian law defines workers in a wide sense, including also the ones in training, fired, looking for job, and employers.

Covering them all is fundamental, gender based violence is still one of the most tolerated violations of human rights in the work environment.

The definition of violence and harassment was largely discussed before the law was signed, representatives from companies, labor unions and the Government got to a final agreement.

The aim was to get to a clear definition of behaviors that are actually manipulative and that use ambiguities in relationships with different amounts of power among people.

Thanks to the Geneva Convention and to Italian law, there’s no more doubt: it is considered violation of worker’s human rights “all those unacceptable practices and behaviors, or their threat, both done once or more times, that cause or may cause physical, psychological, sexual or economical damage, this includes violence and harassment based off gender”. Lastly, it’s good to remind that harassment is also in those behaviors that, regardless of the aim, violate human dignity, put at risk everyone’s health and create an hostile work environment.